We are very proud to have elected our School Council.

School Council meets on Wednesday afternoon to discuss issues and matters that affect school life. Each class has two representatives, who serve for the entire academic year. Our School Council currently meets as two separate bodies, Infant council and junior council, and meeting together as a full school council once per half term.

School council are currently working towards developing joint projects for the coming year and working through issues and solutions brought forward from each meeting.

Well done to our new School Councillors, who were voted for by their peers. 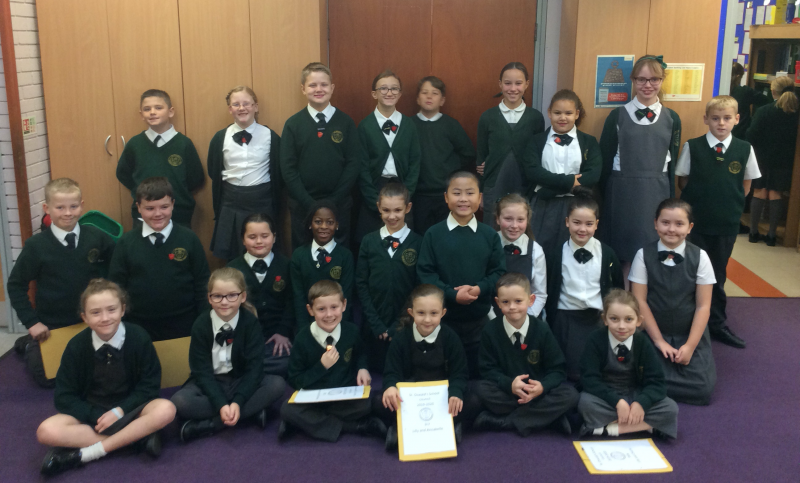 We currently have four representatives at School’s Parliament: 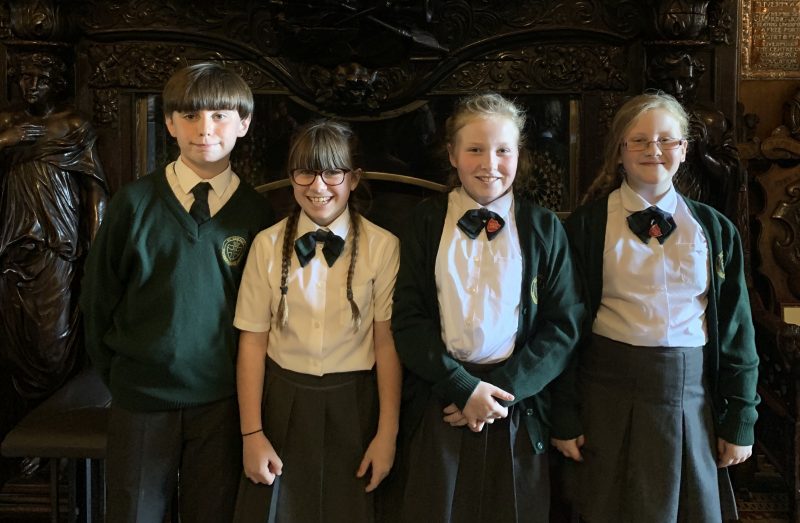 School’s parliament have recently held elections for Junior Lord Mayor. 9 JLM’s were chosen out of 39 who gave a speech on why they would make a good JLM. School council voted for Alice to be our candidate, and after giving a fantastic speech in Liverpool Town Hall, was voted to be one of the 9 JLM’s this academic year. Congratulations to Alice on your fantastic achievement! We look forward to hearing all about the events you attend during your month as JLM! 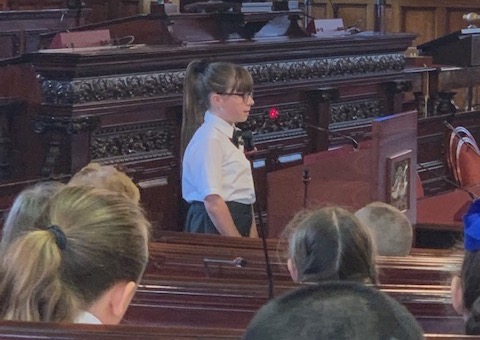 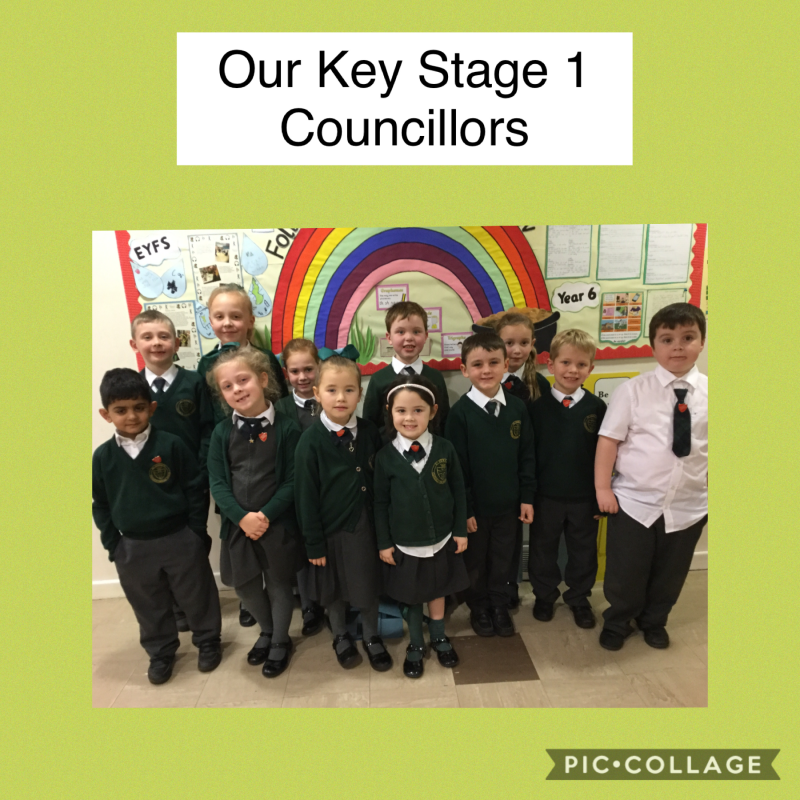 This term in the school council we have been focusing on making school meals better, improving after school clubs and working on projects for next year’s school council to work on.

We have been meeting with Tracey from Absolute Catering about what we think about our school meals. We have seen that they have improved lots since giving our suggestions and we love the taster sessions and themed meals we have been having! We look forward to continuing to help improve our lunches.

We have looked at the after school clubs we currently have in school and what clubs we would like to see offered. We have suggested that some year groups may like to take part in some clubs, which are for other year groups. We have also suggested some different clubs that are not currently offered.

School council met again with Paul from Liverpool City Council, and his colleague Sean, to discuss our recycling efforts as a school. They carried out a survey and we decided together to introduce school wide recycling. It is important for us to remember to put the correct things into our recycling bins and bags! We looked at how we can recycle different things at home, including items which we might not usually see as recyclable. We also made posters for the council to promote recycling across our city. These will be displayed in lots of public places so keep your eyes peeled for them!
Council organised entries for the Holocaust Memorial day to be read at the annual event. The entries were shortlisted to Sharon in year 6 and Emily in year 4. The entries were so good that they were chosen to be entered into an anthology of holocaust memorial poems. Well done to everyone who entered as all poems were of a high standard.
We met with Tracy from Absolute Catering who asked us for our ideas about school dinners. We asked about more theme days as this is what we have really liked having. After this, we had a Spanish theme day which was very popular across the school! 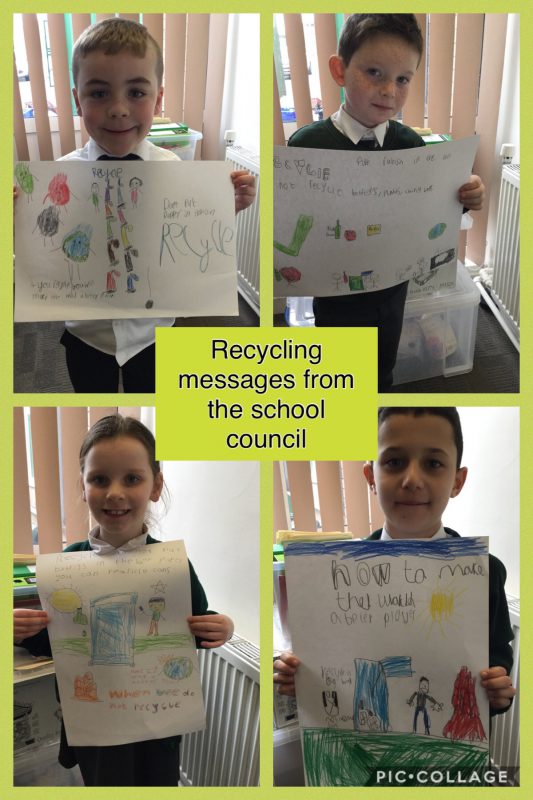 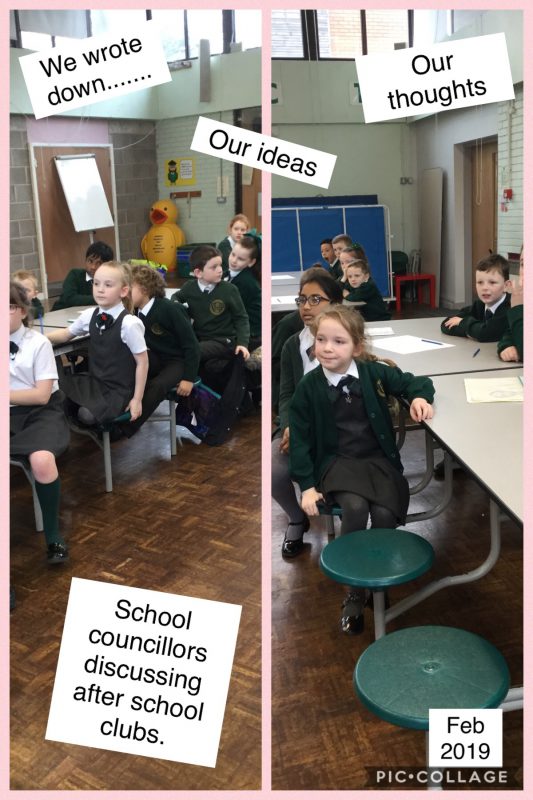 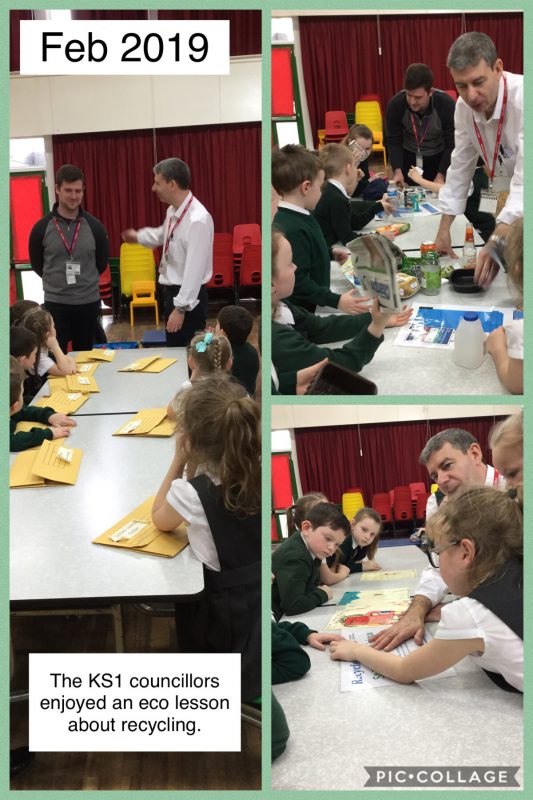 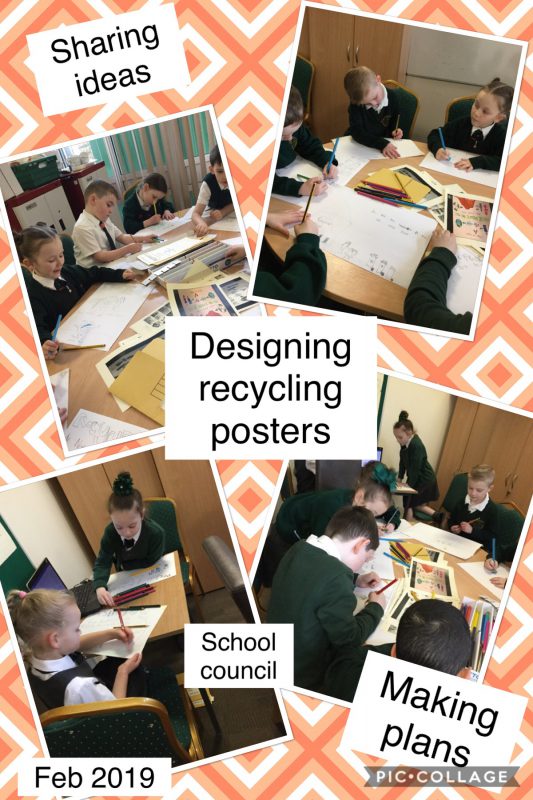 We went to Liverpool Hope University on Tuesday 20th November for a special School Parliament meeting. At this meeting, we did lots of work on democracy which included debating and voting on 3 subjects. These subjects were:

We enjoyed our day of learning and we can’t wait to take part in the next debating event!

By Jess, Andrew, Alice and Harry 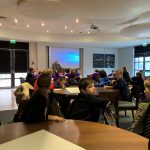 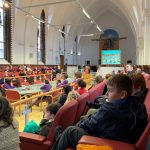 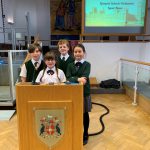 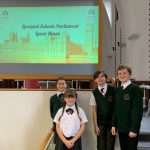 We have had a busy start to the 2018 school year! We began our year by electing our chairs, deputies, finance officers and secretary. These are:

We then met as a joint council to discuss ideas for this year which we could become involved in. We decided to focus on the outdoor environment and recycling for our first projects.

We entered a competition for £500 towards wildlife items for our outdoor area. As a council, we discussed the items to decide which ones that would have the greatest benefit to our school. Our finance officers worked hard to find out which ones we could afford.

We welcomed Paul from Liverpool City Council into school to talk to us about recycling. We all learnt lots! You can recycle paper and cardboard; glass jars and bottles; plastic bottles and tins. Paul showed us ‘Recycle Michael’ and gave us lots of good ways to help our local environment! We will be happy to see Paul again when he returns in to New Year to help us even more. 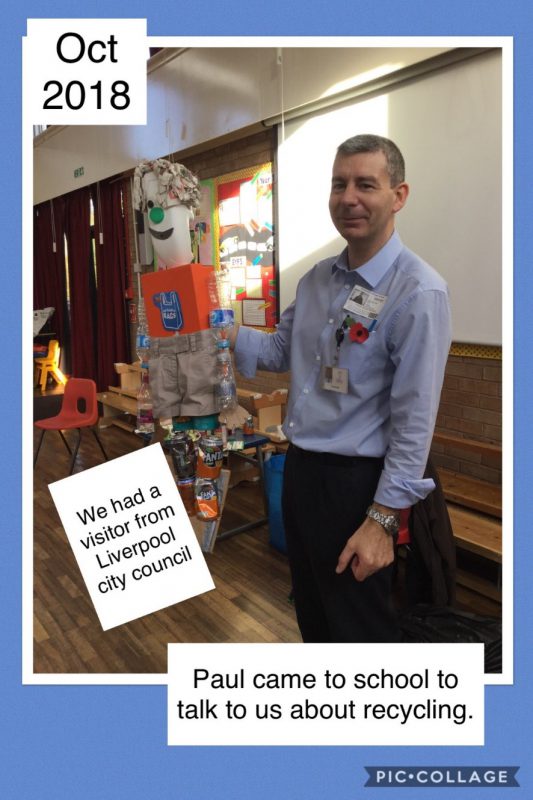 School council launched a healthy eating and lifestyles poster competition to promote this around school. Children were asked to design a poster to promote this, with the winning entries being put forward to a national competition run by Aldi. We had lots of fantastic entries from across KS2 and we found it really hard to choose one winner! We decided that we would choose one from upper KS2 and one from lower KS2. Our two winners were Summer from 6DN and Abbie from 4LY. Thank you to everyone who entered; your posters were all brilliant and gave us some very hard decisions! 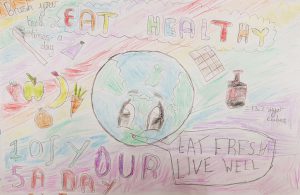 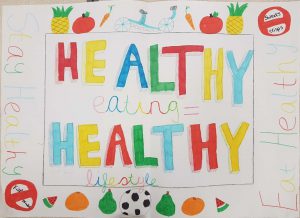 This was my first event as the Junior Lord Mayor. I attended this event with my mum Laura, my dad Nick and my little sister Annabelle. This was a wonderful event and I am very pleased I could attend. We were all honoured we could stand on those steps and I could lay a wreath for all of them people that fought for our country and brought peace to the world. As the two minute silence begun and ended, the poppies fell upon us. We really thought about the people who made our world how it is right now. This was a wonderful event and I especially appreciated laying my wreath with the Lord Mayor. I really enjoyed this event.

This event was held at the town hall in the Lord Mayor’s lounge and discussion room. In this event, there were many people there, including people who are Transgender. We discussed many things and the main issue was the rights to become Transgender and that they should all be treated equally no matter what they decided to do with their lives. Afterwards, we talked and ate biscuits. We then all went on the stairs with the Transgender flag for photos; two people were then elected to go on the roof and place the flag on the flag pole. I really enjoyed this event as it was very interesting.

At this event, the Lord Mayor, Lady Mayoress, the Young Lord Mayor and I walked around all different stalls and each stall had different information on how older people can keep warm and safe in the winter time. There were many free samples of things that can help, for example saving water and saving energy. They had timers for the shower and brushing your teeth, and floats to save water. I learnt many things and it was very helpful and informative.

I had so much fun at this event and took part in many things such as a raffle and making a Christmas card. My sister and I saw Santa aswell! All of the money we gave in went towards Church Funds. We gave money on things like to see Santa for presents and for much more. This event was enjoyed by my Nan, my little sister and I. Many people were very happy that we could attend, especially the person who was running the whole event!

Laying of the VC stone for Stanley Henry Parry Boughey

At this event Mrs Hall and I gathered alongside the Lord Mayor, Lady Mayoress and many more in Princess Park in memory of 2nd Lt Stanley Henry Parry Boughey. Many people who had a relationship of knowing Stanley said a speech and there was a two minute silence in honour of him. It was wonderful to come together one final time in order to pay respect to someone who fought for us and for our country.

I really enjoyed my time as Junior Lord Mayor and would like to thank the Lord Mayor, Lady Mayoress and Jeff for their help and support through the month of November. I learnt lots and will never forget the experiences I was given. Good luck to the other Junior Lord Mayors for this year; you will love it! 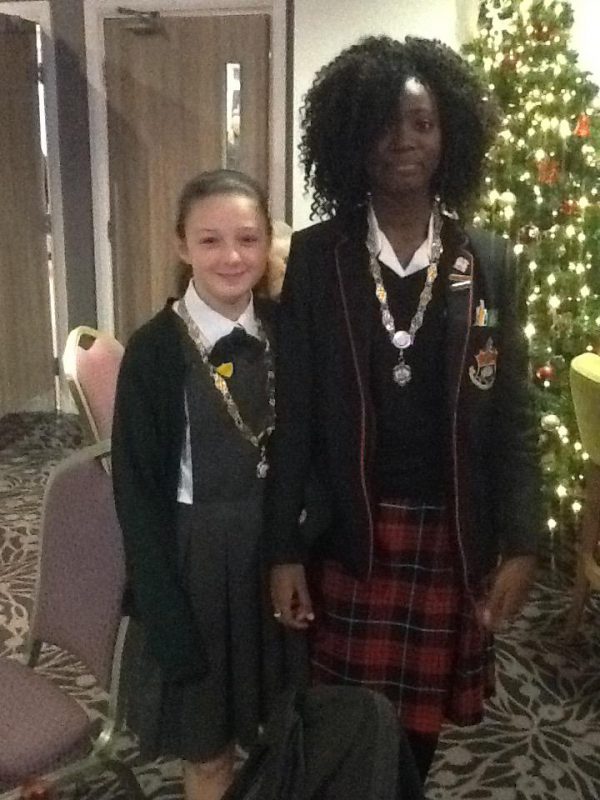 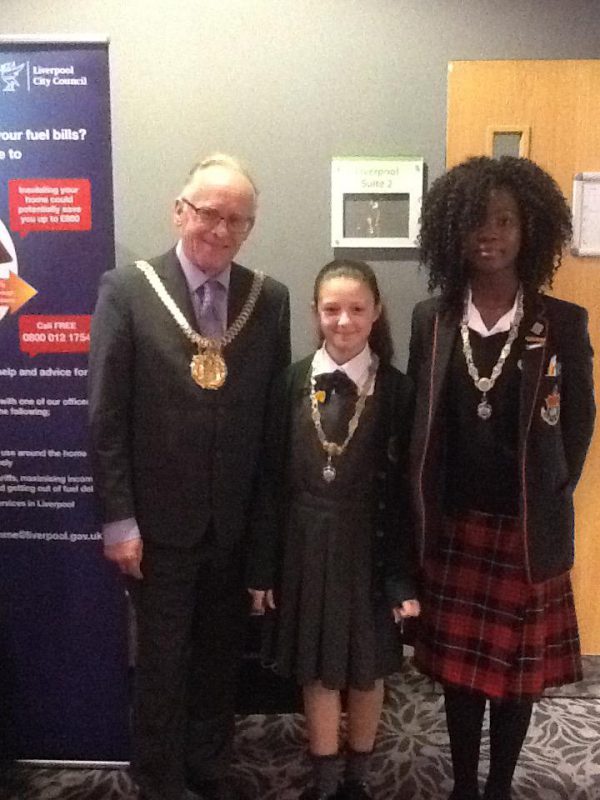 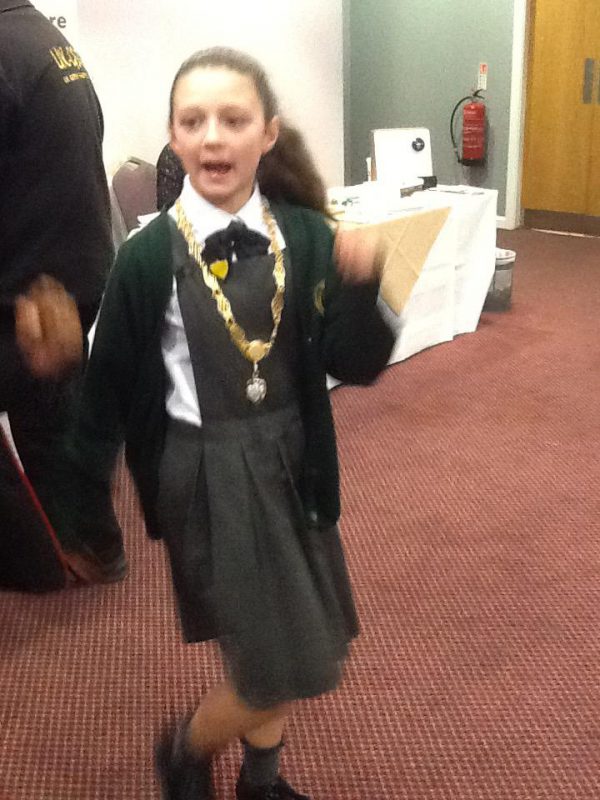 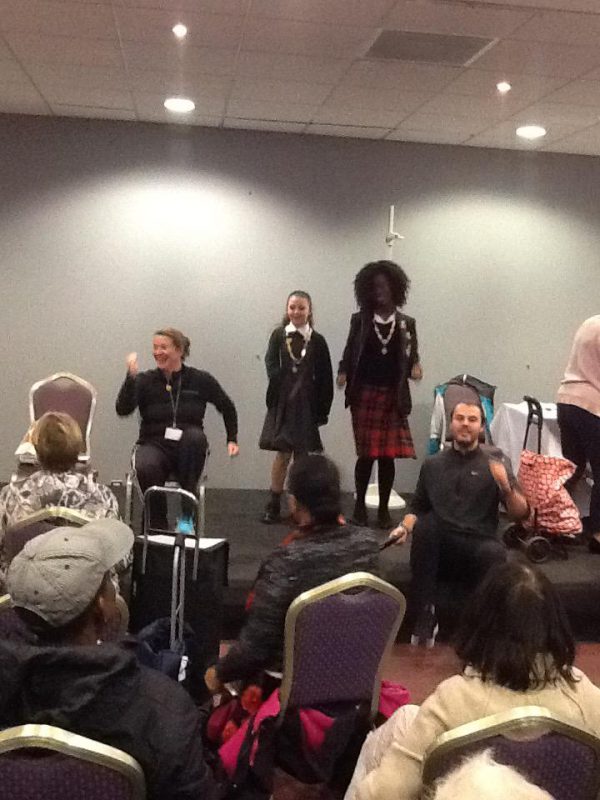 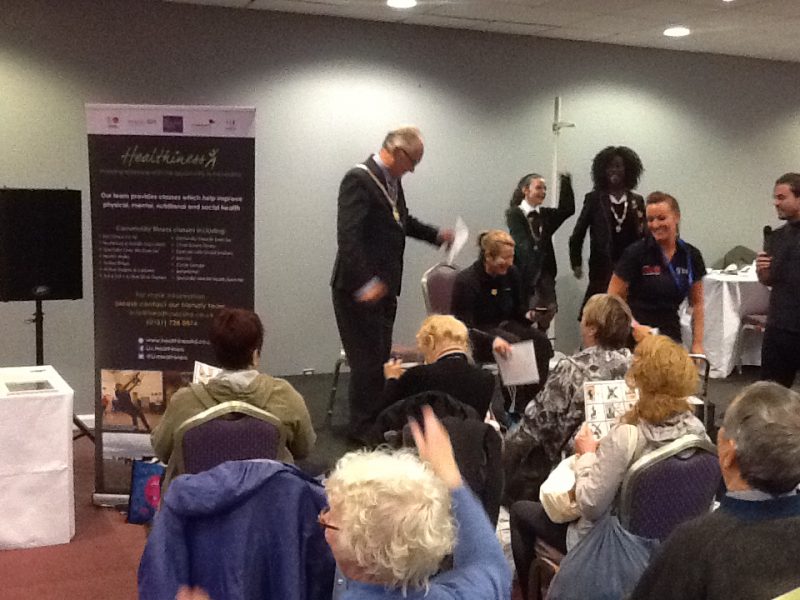 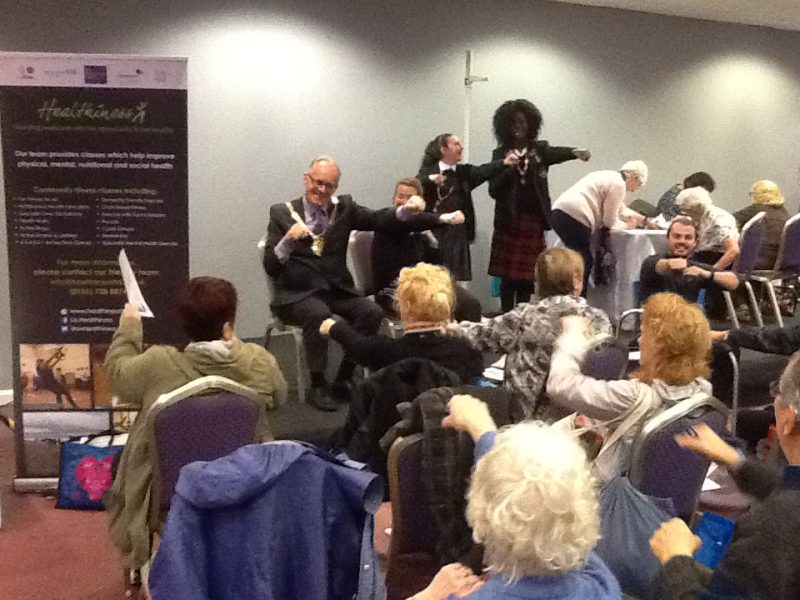 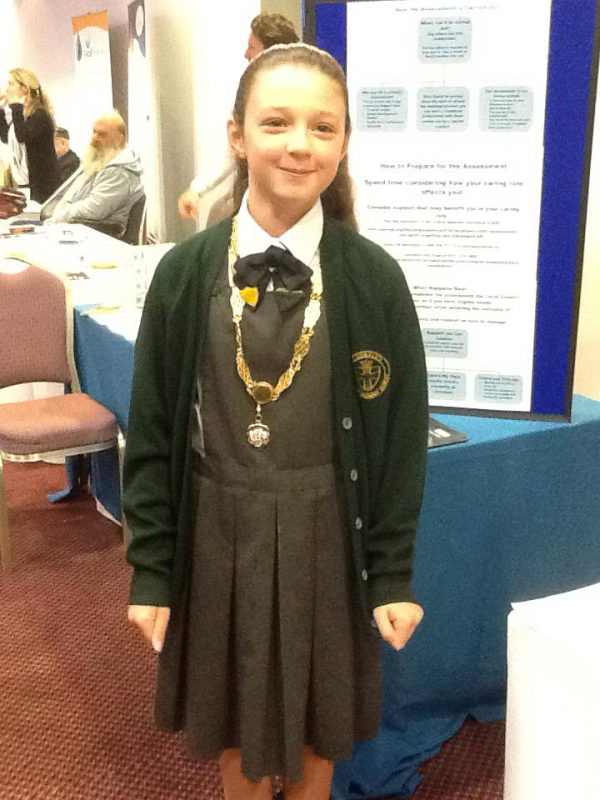 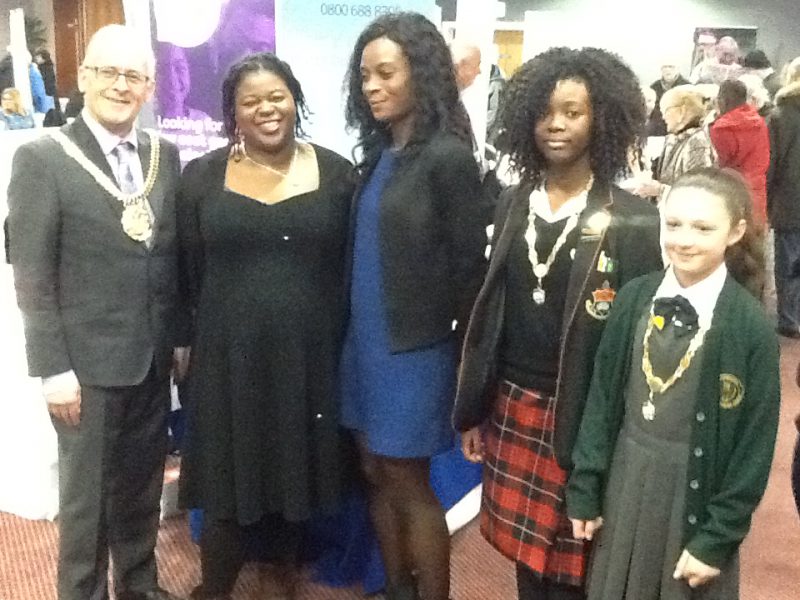 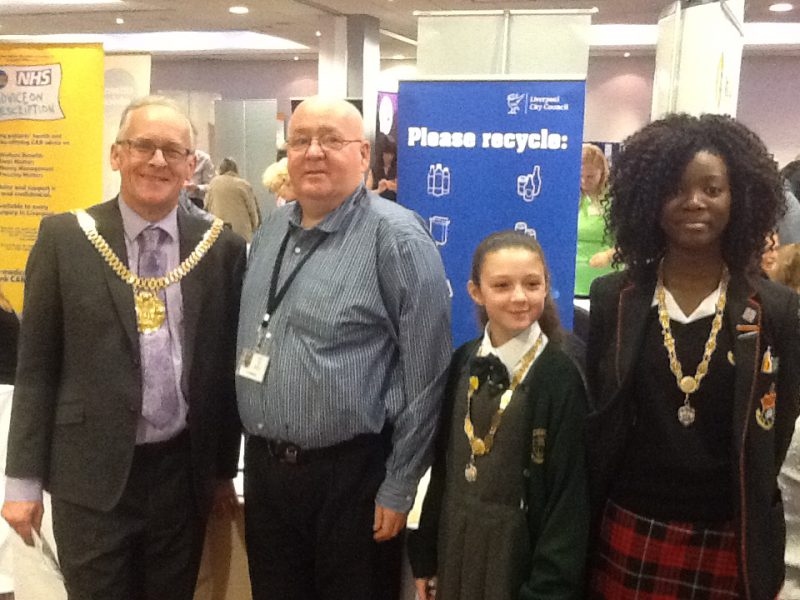 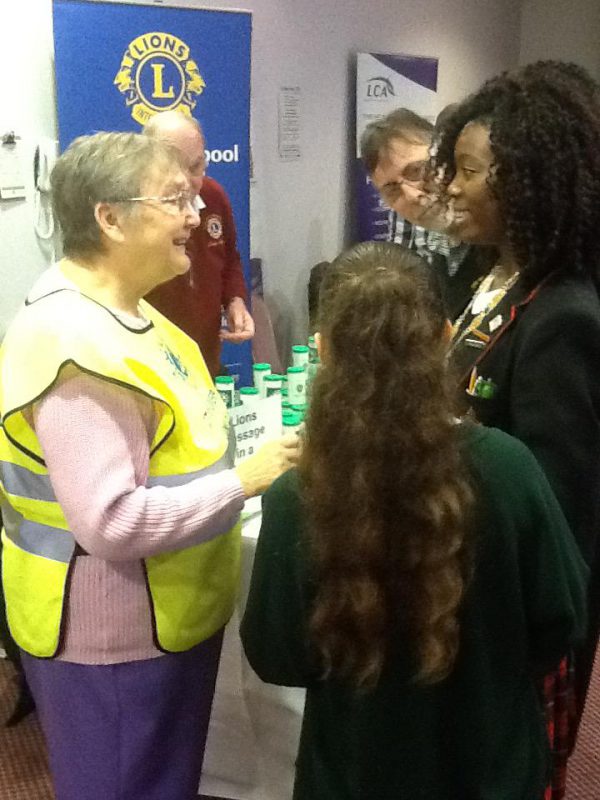 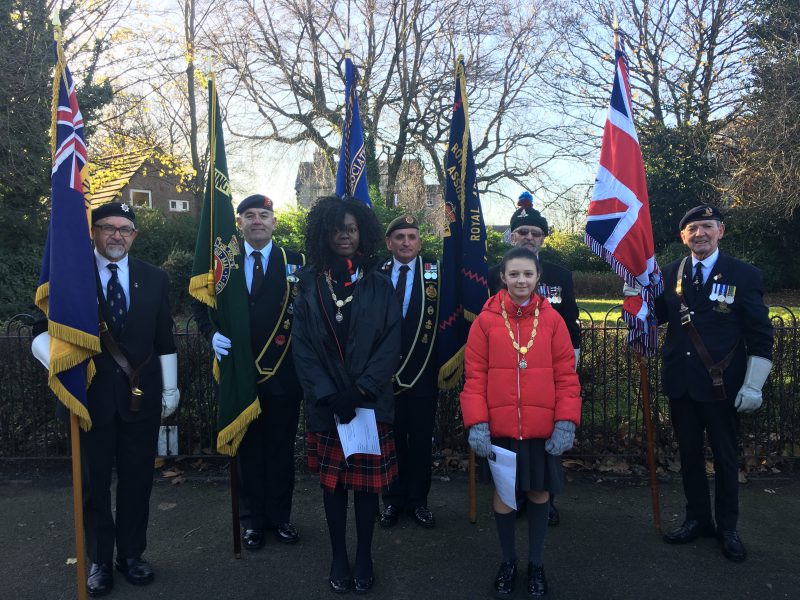 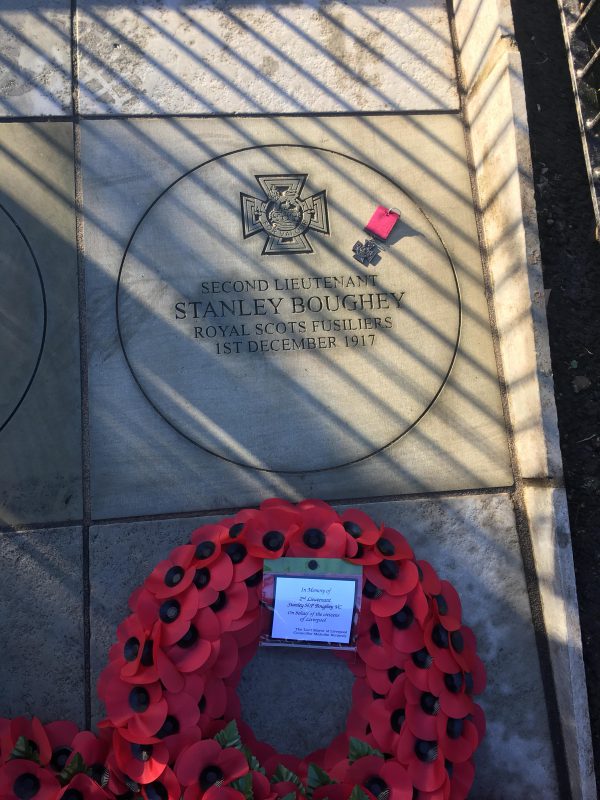 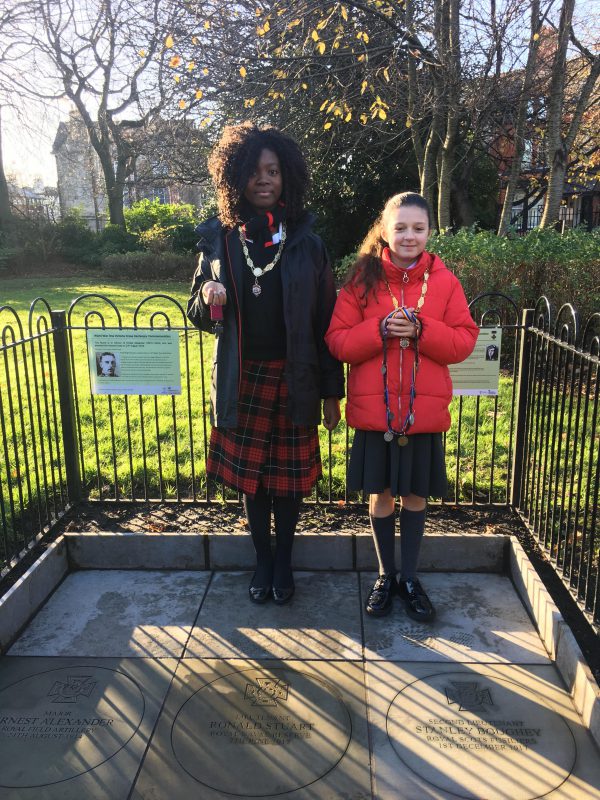 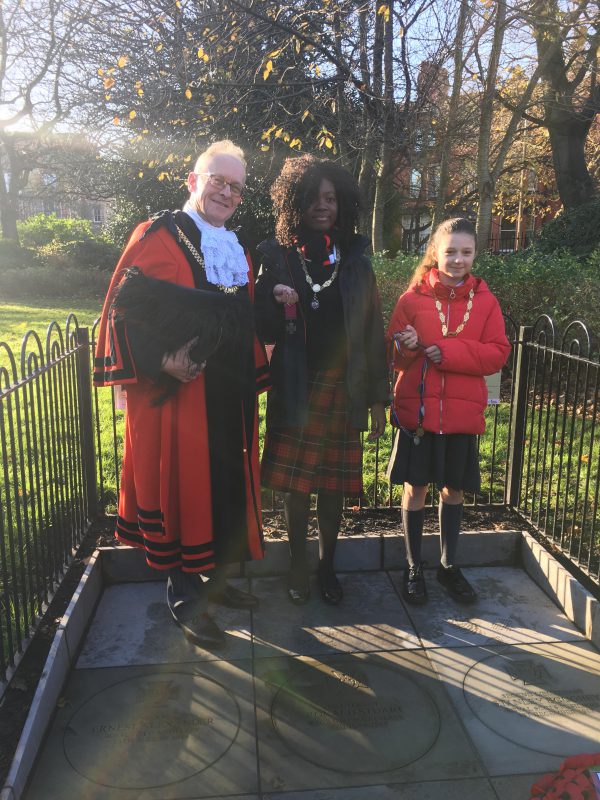